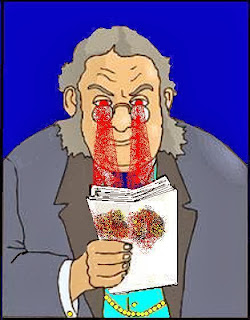 1. As Pope Boniface VIII explores the Vatican archives in the year 1295, he discovers irrefutable proof of a fact that could bring down the Church: Women have souls. Surely God would want him to destroy the evidence?

2. Her parents called her Sally. At the orphanage they called her Little Missy. At twenty-one she finds the karaoke blues bar and when she gets up on stage they give her the nickname that finally sticks: Lady No Soul.

3. Carol knew snapping and head-bopping was not dancing. That's why she accepted the salsa lessons she won in that Internet giveaway. Now her steamy teacher, El Diablo, seems hell-bent on bringing her to heel. Can Carol master the Cha-Cha before she loses her soul?

4. Chrissy is abducted by goblins and taken to their city, where the notorious Lady collects souls for her diabolical plots. Will the luxurious surroundings and opulent gifts from the Lady lure Chrissy into staying, or will she escape and return to her dull, predictable life?

5. Vandelia is one of the Unsouled, a group of immortals who cannot love or die because of an ancient magician's curse. Then Marco comes into her life and she feels a strange attraction to him. Is he the new owner of the soul she was deprived of hundreds of years ago? And if he is, how will the two maybe-lovers resolve it?

6. Villagers whisper about strange lights, sounds and smells coming from the abandoned church just outside of town. Faron and Garn decide to arm themselves with torches, cheap swords, and whiskey to find what's really inside. Now can they escape...Lady No Soul?

We must not look at goblin-men.

Chrissy has always known what path her life will take. [Not true (I looked ahead.)] She speaks when she’s spoken to, she learns her lessons and minds her manners in preparation for the day when she’ll attract a nice young gentleman and settle down into a respectable marriage. [Chrissy has spent her life preparing for the day she'll settle down in a respectable marriage. There, I've converted 43 sleep-inducing words into 16 sleep-inducing words. Now let's get to the good stuff.] That’s Chrissy’s plan—until the night that [Then one night] goblins break into the house and drag her through the shadows and rainbow fire to the goblin city, a place of glittering debauchery and cruelty. A city where the mysterious and beautiful Lady collects souls for [her] own hidden purposes.

The goblin world breaks every rule Chrissy has ever known, and she is alternately fascinated and repulsed by the Lady’s life of casual cruelty and opulent luxury. The sudden freedom of her strange new life is intoxicating, and the Lady plies her with gifts and treats, but Chrissy knows she mustn’t give in. [By "give in," you mean accept gifts and treats? What will happen if she does?] She has to stand firm. She can’t trust anyone.

But as the days go by and Chrissy becomes more and more [is] immersed in the goblin world, she can’t help but wonder if the rules she has always followed apply here. It can’t be wrong to listen to Cog, the Lady’s quiet and philosophical alchemist, with his jars of magic and strings of spells. It can’t be wicked to spend time with Wist, whose strange eyes and cold heart intrigue her beyond manners and moral thought. [Not clear what these examples have to do with rules she has always followed. Was there a rule against listening to philosophical alchemists in her former home? Her rules included speak when spoken to and mind your manners, so it seems that if an alchemist or a man with strange eyes speaks to her,  engaging them in conversation is following her rules. Perhaps: as she is immersed....she finds herself intrigued by this strange culture. She spends hours listening to Cog....and talking with Wist....]

But the Lady is planning something, her plots and secrets weaving ever tighter around the lives of the people in her court. [What clues her in to this?] If Chrissy is going to escape, [Does she have any idea how to get home from this place?] she needs to move quickly before the goblin tricks and magics trap her forever. But whom can she trust? [She can't trust anyone. Oh, wait, I had you delete that sentence.] Is anyone on her side? Is it ever safe to look at goblin-men? [It's pretty hard not to.]

LADY NO SOUL is a fantasy novel complete at 80,000 words.

I don't like any of the references to "rules." If she's from a world where breaking rules like mind your manners is punished by death, make that clear.

Is her abduction random? If not, does the Lady make it clear why she was chosen?

We need to know what's at stake, more than "the Lady is planning something." Is Chrissy just interested in getting out, or does she want to thwart the Lady's plan? If the latter, are her "friends" Cog and Wist in danger? We need to know specifically what's going on.
Posted by Evil Editor at 11:58 AM

What does Chrissy DO?

She's given rules for life, and she obeys them. She's captured by goblins, and she has some feelings about it. At the end of the query, she's thinking about escaping.

Are goblins a known thing in her world? Are they something one mustn't look at or they'll steal you/your soul? Or are they myths until they abduct her?

She needs to do something other than suffer from Stockholm Syndrome.

That's why these kind of stories go nowhere, fast: Girl(usually) finds out that her old enemies are really Kind, but Misunderstood. It's like an allegory for female sexuality--go there and you don't come back.

I really need a sense of the stakes here...

What I'm getting is that Chrissy is raised in a very oppressive world (that I think I'd try to claw my way out of), but then she's transported to a wonderful-in-comparison world where people are interesting and she gets to do stuff she wants. And....There's some vague machinations in court that she needs to escape from.

Nothing in the query is really convincing me she needs to try to leave. I need solid reason to WANT her to go back to her old life... and probably some kind of expectation of how things will be if she manages it. Like, will she still be oppressed? Is that better than being with the Lady? How does she change over the course of the story?

"Is it ever safe to look at goblin-men?"
If they're wearing the tight pants David Bowie was wearing in Labyrinth, the answer is "no."

First thing I wondered is the first thing khazar-khum asked: “Are goblins a known thing in her world?” It was pretty big leap for me to get from a life that seemed fairly ordinary to a goblin city.

I’m guessing the author was trying to keep the query as short as possible. And I’ve read enough of other authors’ woes to have some sense as to how necessary getting to the point is. But a little hint as to how these two worlds are connected might help a lot.

Otherwise, I thought the story sounded like it could be interesting. Good luck with it.

Lovely title by, by the way.

Things left out of your query:

What’s the main conflict?
Why did goblins kidnap Chrissy?
What’s Chrissy try to accomplish and why?
What or who is preventing her?
How bad is the Lady? Is she like Himmler or is she like magazine editor Miranda Priestly?

Basically, you told us about Chrissy’s past and that she is a pampered victim.

The setup reminds me a bit of The Ice Queen, my favorite fairy tale. I really dig the whole environment of opulence, cruelty, alchemy, nihilist philosophy, and (what I think are) Chrissy's conflicts -- but yeah, what actually happens?

By the way, does this take place long from now or far from here? The inevitability of marriage to a respectable suitor is nothing a modern heroine would acknowledge for one second.