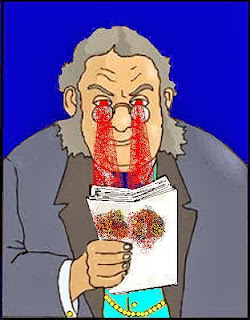 1. The dingy tailor shop is open only at night. New employee David soon learns why: their clientele is all monsters. He's been given a daunting task--making pants for a three-legged demon. Can David correctly create--the Rise of Ari?

2. Seven years ago Ari's parents were slain by Sarebans. Seven days ago Ari's sister taught him the Alamfi chants for super-strength and invisibility. Seven seconds ago Ari breached the Sareban stronghold.

3. This is the story of Ari, and his rapid rise from son of a blacksmith to blacksmith, a rise aided in no small part by the death of the blacksmith.

4. From tobacco exporter to self-made billionaire shipping magnate, this is the story of Ari Onassis, and how he bagged the world's most famous widow.

5. A fully populated island of warriors rises from the depths of the Pacific and threatens to attack Hawaii if they are not provided with a fleet of destroyers and nuclear submarines. The American president accedes to their demands, and no lives are lost.

6. Ari was resigned to being a lowly soldier in the Greek army, but when he jokes that they should build a giant horse, hide inside it, and wait for the Trojans to bring them inside their city, his plan is put into action. Miraculously it succeeds, and Ari is hailed as a hero.

Legends tell of voices that whisper through the Great Plains of Carnin; the wandering spirits of souls forever trapped by the stalks of golden wheat grass. [And now Spirits of Carnin mead contains this authentic "soul wheat" in bottles or on tap. That's Spirits of Carnin, for discriminating mead drinkers. Available wherever fine mead is sold.] THE KINGS OF CARNIN: RISE OF ARI is a fantasy novel, complete at 103,900 words.

The great world of Carnin holds five kings and their Kingdoms. [I think "planet" or "continent" or even  "land" would be more precise than "great world."] Of these Orisgothia is known for Blistrar alloy and [Lipbalmia is known for Blistex ointment.] the swords it produces. Ari has been raised a son of the Royal Blacksmith; [In other words, his father's the Royal Blacksmith. Is it possible for the Royal Blacksmith to have a son who is raised a son of a cheese merchant?] the role he is destined to become. [No need to tell us he'll become the Royal Blacksmith when we see it happen later in the same paragraph.] Through skill and passion he produces a sword unlike any other. A sudden and devastating battle for Blistrar leaves his father dead and Ari’s world in shambles. Ari must now show the fierce King Orisgoth he is worthy of his father’s title.

Ari’s sword proves far better than imagined and finds him great favour with the King. Jealousy greets him in the soldiers he must now command. Unusual commands send Ari and his men through the Great Plains of Carnin where strange and frightening dreams rob him of his sleep and sanity. During battle, he amazes his veteran officers and soldiers alike with unworldly skill he cannot explain. Jealous, his lifetime friend Groadie finds a way to gain favour of his own at the risk of his friendship with Ari. A visit from the stranger in his dreams drives a wedge deeper between the friends. [Groadie isn't needed in the query.] [This paragraph feels like a list of things that happen, without much transition from one idea to the next.]

Convinced he is cursed, Ari ventures back into the plains, alone, to hunt and kill this strange man. What he finds instead challenges everything he believes to be true about Carnin and the five Kings. His return to Orisgothia is short lived and, despite continued valour in battle, he abandons King Orisgothia, [The king's name is Orisgoth; the kingdom is Orisgothia.] bringing the wrath of Orisgothia upon the stranger and the good people of Fent. [Fent? Is that one of the other kingdoms? If Ari abandons Orisgoth, I would expect Orisgoth's wrath to be directed at Ari, not at the good people of Fent.] Only his mysterious skill can ensure victory. [Victory over Orisgoth or over the people fighting for the Blistrar?] Devastation comes from the sky [What does that mean?] as Ari disappears and the hopes of Fent with him. The stranger and his people are scattered once again throughout the unrelenting Great Plains.

THE KINGS OF CARNIN: RISE OF ARI is a standalone novel with series potential. Thank you very much for your consideration.”

Ari is the star. You have him disappearing to who knows where, and then your big finish is the stranger who we know and care nothing about going to the plains.

Is Kings of Carnin the title of the series? That would lead me to believe Ari rises to be king in this book. Instead, he attempts to rise to Royal Blacksmith by proving his valour, and then, on the cusp of realizing his destiny, disappears.

Focus on Ari, start to finish, addressing: What's his goal, what stands in his way, what will happen if he fails, and what's his plan?

Also, if there's something that sets this apart from other fantasies in which the nobody rises to greatness, feature it. Presumably this would involve the unusual commands Ari receives, the unexplainable skills he has, and the mysterious stranger, but all of these remain vague in the query.
Posted by Evil Editor at 11:34 AM

Also, if there's something that sets this apart from other fantasies in which the nobody rises to greatness, feature it.

This. A litany of familiar elements in the query warns me that the manuscript is probably derivative. Listing your word count to the nearest hundred words warns me that you probably haven't edited to the point where you're used to the length fluctuating a few thousand words either way. Prescription: put this aside and write another book. Not the sequel. Maybe two. Then come back and see if you still like this one.

Author,
You left me wandering the plains of soul wheat wishing for some mead.

Listen to EE. Give the reader a clear plot line that involves your MC's goals, problems and resolutions.

Couple other notes:
As a reader I'm gonna get mad if your MC disappears into the freaking sky, or wheat, and life just goes on. NO. NO! That is NOT how a book ends unless your MC is Jesus Christ and the book is the Bible--is what I might say, as a reader.

In reading the query, I thought the big reveal was that Ari rose to the kingly ranks as he had been somehow switched and raised by the blacksmith. Not that his 'rise' was ascendancy to the heavens! Sheesh.

Fix it and send it back. Love to see it again.

First: mead is made with honey. Will yeast even consume wheatgrass?

It’s 100 words too long and there’re plenty of places to cut:
P1S1: This tells us nothing about your story.
P2S1: We don’t need to know this in the query.
P2S3: “the role he is destined to become” is not needed.
Find other things to cut before rewriting.

“Royal Blacksmith “ Do you mean Bladesmith? Blacksmiths work with iron and do not make weapons.

“better than imagined” What’s that mean? We had no imagining of it.

“with unworldly skill he cannot explain” But you should explain.

The strange man needs a name.

“challenges everything he believes to be true” Three problems with this: (1) it’s cliché, (2) it’s hyperbole, and (3) it’s a tell. Better to give an example of something he discovers to be false.

To cram as much as possible into the query, you used disjoint sentences which do not flow well. Each paragraph should have a point and be a collection of loosely related sentences. I suppose you don’t do this in the novel.

Start over from scratch. Write one sentence of 20 words or less to say what the book is about. Build up from there. Be specific not vague. As you build up, answer these questions: Who is the MC and why should we care about him? What is the main conflict the MC faces? What must he do or what choice does he face? Who or what is stopping him?

The mead was mentioned in one of Evil Editor's jokes. It isn't part of the author's query.

"Unworldly" means not knowledgeable in the ways of the word. I think you mean "otherworldly".

Actually, "illiterate" is closer to "not knowledgeable in the ways of the word."

Like 150, I feel this is far too 'cliche', for want of a better word. Blacksmith, amazing sword makes him a wonderful warrior, friends get jealous, he becomes disillusioned etc.

If the query were a lot tighter then at least we wouldn't get bogged down in the 'usual, usual'. So much for paragraph 3 can be cut.

Also, who attacked Orisgothia for Blistrar? That seems like it might be important or I'm not aware what the wider threat is.

I expected Ari was really the king's bastard son, hidden with the smith to keep him safe.

When you named his friend Groadie, all I could think was "Grodaie to the max", which is probably not what you meant.

I think you could cut the bit about Carnin having X number of kingdoms, each of which is famous for Y and Z. It doesn't seem very relevant to the plot, and if it's just world-building, you can (should) do that in the actual novel.

"Through skill and passion" makes it sound like Ari kind of makes the sword by accident. I'd like to know what makes Ari make the sword in the first place. What is his life like before he makes the sword? How does making the sword change that? I'd like to get a better idea about Ari as a person, not just as the special blacksmith.

The third paragraph isn't doing anything exciting. It's just a list of events where Ari is made out to be a typical fantasy Mary Sue character. He's cool in many cool ways, the king likes him, everyone is jealous/in awe of how cool he is. I'm also not sure how strange dreams can rob someone of their sanity. I mean, I dreamed last night that my littlest brother was being executed by Nazis, but even having that dream over and over again wouldn't be enough to make me lose my sanity. There needs to be more than that to make me sit up and care.

Why does Ari want to kill the stranger? How does he know that the stranger doesn't want to actually help him, and is just going about it in a weird way? We haven't been given any indication that Ari especially cares about Carnin and the Five Kings, so being challenged on his ideas doesn't really matter that much. The last few sentences are too rushed, and as they seem to reveal the ending, I'm thinking they shouldn't be included at all. But in any case, where's Fent? What's Ari's mysterious skill? What comes from the sky? What's the deal with the stranger and his people?

It feels too disorganised, especially the last paragraph, but Ari doesn't interest me as much as he should. The idea of a special character with mysterious powers that will save everyone has been done to death so many times before that it's no longer exciting. I'd like to see Ari as a real person, not as a cog in a clichéd prophecy. Who is he? What gets him out of bed in the morning? Why should I care about him?