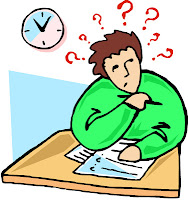 Below are descriptions of numerous well-known films and works of literature. The descriptions were provided by EE's minions (mostly blogless_troll), who have a bad habit of being general when they should be specific, and of failing to see the forest for the trees. Each answer appears right after the description, but it's the same color as the background, so to see it you'll have to select it with your mouse/cursor.

2. Betraying her nation, a woman falls in love with the enemy; becoming homeless, she vows a life of gluttony. (WitchEmber) Gone with the Wind

3. Not content to possess the stolen goods, a courier and his bodyguards decide they must kill the victim of the theft as well. (Khazar-khum) Lord of the Rings

4. Though mutilated bodies have been turning up at the edge of a small town, the police chief leaves to go fishing . . . only to come face to face with the killer. (Dave Kuzminski) Jaws

6. After an attempt on her life, an heiress shacks up with a group of male laborers. (blogless_troll) Snow White and the Seven Dwarfs

7. When a weapon more powerful than a nuclear bomb falls into the wrong hands, the only person who can save the world is a professor with ophidiophobia. (blogless_troll) Raiders of the Lost Ark

8. Hired to arrange a real estate deal, a man discovers that his client has an abnormal drinking problem. (EE) Dracula

12. A criminal talks his way out of captivity through the use of a coffee cup, a bulletin board, and his remarkable powers of observation. (EE) The Usual Suspects

13. The fate of an abused woman depends solely upon designer shoes. (blogless_troll) Cinderella

Reading this on an iPad. Barely able see after straining for the masked answers.
But, oh! The chuckles.


The lion the witch and the wardrobe. (sorry, I dont know how to mask my answers)