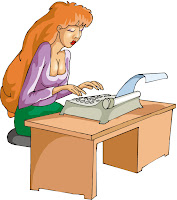 People often comment that the queries I post are eminently mockable. How about showing us samples, they write, of queries you've received that were flawless, immaculate, impeccable. That way we'll have a template for perfection.

Ask and ye shall receive. The three queries below weren't submitted to this blog; they appeared in my slush pile. I requested the manuscripts, and the books were published, though not necessarily under the authors' titles.

When Minnie Murphy arranges her vacation in England, she has no idea she'll fall head over heels in love with Sir Falderall, an actual British knight. But fall she does, and the wedding is set for the coming Saturday, on the grounds of Hoohah Castle. What Minnie doesn't know is that Saturday is also the day of the Cup finals, the biggest football match in Britain.

As Minnie is about to walk down the aisle, she spots a horde of hooligans heading toward the wedding party, drunk and spoiling for a fight. Apparently their team lost. Or won; it doesn't seem to matter to Brits. No way is Minnie going to let these rowdies ruin her big day. She opens a conveniently located corral of horses, hops on the nearest one, and drives a stampede right at the interlopers. From that day forth she's known as Minnie Driver.

By the time the orchestra strikes up the wedding march, the hooligans have been trampled to death and Minnie is back in her place in the procession, none the worse for wear, except for the horsehair all over her gown. But where's Sir Falderall? Seems Minnie's beau disappeared at the first sign of trouble, and hasn't been seen since.

Horses of Hoohah is the first book in my series featuring Minnie Murphy, a heroine who always gets her man, but never quite gets him to the altar.

Thank you for making it to the end of my query.

When Hope, her pet banana slug, goes missing, Suze Hanford is despondent, not only because she loves the cute little bugger, but because Hope has helped parlay Suze's lemonade stand profits into a three-million-dollar nest egg. Hope uses her slime trail to spell out stock tips, and so far the little detritivore is batting a thousand. Without Hope, Suze knows she'll squander her fortune and end up working for a living when she grows up, possibly as a prostitute.

Day-trader Snidely Turkovich, Suze's next-door neighbor has been as successful as a three-legged greyhound lately, and if he doesn't start picking winners, he'll lose his house. Snidely is the obvious suspect; with Hope in his corner, his luck would surely change. But when Suze catches the slimeball with Hope, he claims it's not Hope, but Warren, his own banana slug stock forecaster.

Suze calls in a favor from the CSI squad, who discover that every banana slug has a slime trail as unique as a fingerprint. They compare Snidely's slug's slime with a slime trail in Hope's terrarium. A perfect match. Hope and Suze are joyfully reunited, and the now-hopeless Snidely is ruined.

Trail of Hope is a 95,000-word commercial novel that should appeal to those who enjoyed Mollusk Fever and I, Gastropod. Thank you.

The turning point in Graham Chansky's life was the day he brought a live cow to school for show-and-tell and slaughtered it in front of his third-grade science class. Sure, the cow's screams, which could be heard over the roar of the chain saw, were disturbing, and the blood was flowing like a river, and no doubt Mrs. MacReady wasn't happy with Graham, but at least for once Steffie Carruthers noticed him.

Graham has been content to remain a shy kid, always sitting in the back, never raising his hand, but when Steffie moves to Wormdale, Graham vows his life will change. In fourth grade he comes to school drunk out of his mind every day. In sixth grade he murders the principal. In tenth grade he instigates a war between Mexico and Guatemala. All to win the heart of the beautiful Steffie Carruthers.

In his waning years, haunted by dreams of Principal Breeen, an innocent cow, and two million dead Guatemalans, Graham looks back on his life. Sure, he's had a perfect marriage to Steffie, but at what cost? Was it all worth it? He decides that it was.

Bad Things Haunt Good Men is a 90,000-word semi-autobiographical memoir of a man who would do anything for love, including that. Interestingly, I he would also do anything to get this published. May I send you the manuscript?
Posted by Evil Editor at 8:55 AM

These examples are so helpful--I now see where I went wrong. You've inspired a drastic overhaul of my own query for my WIP, The Shart Heard Round the World.Thank you!!!!

Lol-- I totally want to read #1. "A heroine who always gets her man, but never quite gets him to the altar" is probably all you need to say to receive a contract by return post.

#3 sounds a little too much like what editors really get.

But, now, here's a thing. Yesterday I was digging through some papers, looking for the damn 1099's, and came across a copy of a query I wrote several years ago to an editor at Scholastic.

So now I have a question. To what extent do you think the internet write-o-sphere has created the idea of The Perfect Query? And now that it exists, does it actually matter?

In HS someone brought a dead baby goat to Advanced Biology. Since Robert & I had the best scores & grades, we were chosen to dissect it, in front of the class.

Two things I learned that day. 1, dead animals that haven't been professionally preserved are, shall we say, rather aromatic; and 2, they have a lot of blood in them.

Still , wandering around HS in bloodstained clothes does attract attention, especially of the people you crushed on; who now will never speak to you because they are convinced that not only are you the class weirdo, you're also an axe murderer.

So...where can I buy I, Gastropod?

Happy April 1st to you too. :) And thank you for the mug! It made my year.

Still , wandering around HS in bloodstained clothes does attract attention, especially of the people you crushed on; who now will never speak to you

You were born too soon. Nowadays you'd be considered a hawt zombie.

I've read all of these. Brilliant , every one. Two of them have been made into movies (recommend the big-screen version -- DVD does't do them justice).

So you were in part responsible. Should have known.

I bow at the feet of these authors. Demigods, each and every one.

I proprose the orignal queries and MSs are stored in humidy controlled vaults and let out once a year, so that all aspiring authors around the globe can make a pilgrimage to see.