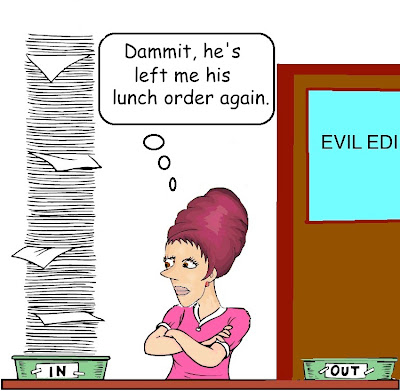 I wonder if he'll ever catch on that all I ever do around here is switch the labels on the trays each morning? --Paul Penna

There. All stacked neatly for the garbage man...
--wo

(sigh) Looks like it's Oprah Or Grisham Time again... --wo

The last two hell's kitchen burn tonight. I'm rooting for the guy with the broken wrist, but I am guessing Gordon Ramsey isn't going to let him win.

Gee, maybe if EE deleted already featured cartoons, he wouldn't have all this crap piling up!--Angie