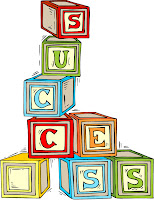 "The Night Dickie Ward's Tongue Stuck To The Flagpole," which was New Beginning 822 (the plot turned out to be that three teenage brothers confront an alien threat in the Ice Hockey Rink circa late 40's early 50's), was accepted and will be published in the anthology "DIESELPUNK" edited by Sean Monaghan.

BTW - I really liked the way this story turned out. The minions get credit for the first 2/3rds and the turn to dieselpunk clarified the ending. That is, no modern equipment.

The anthology is still open so if anyone has a short story that fits Dieselpunk subgenre or if they can fix up a story to fit the subgenre, they should go to http://www.staticmovement.com/ which is Static Movement's main page and find this link
"http://staticmovement.proboards.com/index.cgi?board=seanmonaghan&action=display&thread=310 to the Dieselpunk Anthology.

For those who don't know: Steampunk's bastard cousin, Dieselpunk looks for speculative fiction filled with rugged, chunky engines but no sign of electronics. What would the would be like if we still had those huge 1950s aircraft, locomotives, tanks and cars, but no computers?
Posted by Evil Editor at 9:30 AM

Congrats Dave! 2011 is bringing you a lot of success.

You're on a roll, Dave! Well done!

Awesome! Keep it up Dave!!!

Congratulations! Looks like you're on a roll this month. :)

Thanks. I am really enjoying this. Each story takes some tweaking to fit into the subject of the anthology and that's OK.

At one point last year, I had fourteen short stories out and waiting for an acceptance or rejection. Some publications never answer.