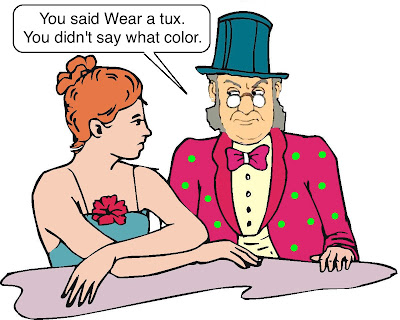 Your caption on the next cartoon! Link in sidebar
Posted by Evil Editor at 7:03 AM

Rooney Mara has won the role of Lisbeth Salander in the American adaptation of "The Girl With the Dragon Tattoo," Sony announced today in a press release. Mara, who got the part after much speculation and debate over which actress should tackle the part of the hard-eged hacker, will star opposite the previously cast Daniel Craig in the series of films, based on the adaptation of the best-selling Stiegg Larsson thrillers.

Ok, that sounds tragic.
Anyone who starred in the Nightmare on Elm Street REMAKE, has to automatically be disappointing to those who saw the original version of this movie, which btw was better than the book.