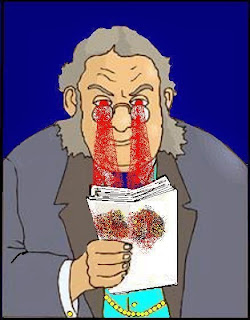 The Witch of Albright

1. Zinia lives near a haunted forest where Locals buy her herbal cures and psychic services. When the king is poisoned, the bishop declares it a work of witchcraft and many old ladies are prosecuted as witches. But she knows they aren't guilty because she's the kingdom's only witch. Now Zinia cannot hide but must use her powers to capture the assassin and free the innocents.


2. Gwendolyn is tired of cleaning up after her and her sister's messy love spells . . . and their broken hearts. A mysterious love curse has troubled them for years. Maybe the solitary witch who only practices black magic will help them, but at what price? Who cares? Gwen is desperate!

3. One witch, one college, 2.5K students all wanting a little (non-literal) magic in their lives. When interacting spells open a portal for the elder gods, a love/party potion witch will need to crack open books that have been collecting dust for decades. Also, tunnels.

4. All the kids at Madeleine Albright Elementary School know that there's something off about Principal Smith. One, she has a bunch of cats that hang around her office. Two, she has a skull on her desk. And three, no kid sent to see her ever returns. It's up to Rosa Garcia and the kids from the Drama Club to find out what's really going on.

5. Emily is studying to be a witch at  Albright Magic Academy. But she's a total klutz and they're so afraid she'll kill herself they won't let her do anything even mildly dangerous. So she sneaks away and enrolls at a rival school where she becomes a force to be reckoned with. But will she return to Albright now? And if so will it be for love or revenge?

I am seeking representation for THE WITCH OF ALBRIGHT, a completed 79,000 word YA fantasy novel with series potential. In a statement in [venue], you said that [personalized details], and so I believe you may be interested in this work. [In other words, either request my novel or admit that everything you say in [venues] is bullshit.]

But rather than give up, a desperate Emily sneaks away from Albright and infiltrates the Shadow Institute by enrolling as a student. [That was easy. Wonder why no one else ever tried it.] Her goals are twofold: to recover the stolen equipment, and to take advantage of Shadow’s intense training to become capable of holding her own in a fight. She initially struggles just to survive her new lessons, [What exactly is she learning that's so hard to survive? Is she training in magic or as a ninja?] but as the months go by [She sneaks away for months? Has Albright reported to her family or the police that she's missing?] and her abilities improve, she starts to question whether she should really leave a school which is enabling her to grow far stronger than would otherwise be possible. Ultimately, she must decided whether she now supports Shadow… or whether she is, at heart, a witch of Albright. [I don't think Albright wants her back. Have they gone looking for her?]

I have sold short stories to [regional genre magazine] and [upcoming anthology]. Additionally, I have published several technical articles in peer-reviewed journals and conference proceedings, including [IEEE journal] and [international conference]. Thank you for your time and consideration.

I assumed the Shadow Institute were the bad guys. If it's just another school, if staying at Shadow is like changing high schools, she should stay at Shadow. If you want us to see her choice as a dilemma, you have to show some advantages of returning to Albright. Like Albright trains good witches and Shadow trains evil witches.

There has to be more at stake than whether she's an Albright girl at heart. What terrible thing will happen if she makes the wrong decision?

Agreed with EE that the stakes here are unclear. The query seems to have the common fantasy problem of assuming that calling one group the Light whatever and the other the Dark such-and-suches is enough to differentiate the good guys from the bad guys and make the reader root for one over the other. All the Shadow Institute does that's really bad is to steal a bunch of magical artifacts and I can't really tell whether this is a devastating blow to an epic battle of good vs evil or a slightly more dangerous than average prank against a rival school. Albright Magic Academy doesn't seem to take it too seriously, as they merely sideline Emily rather than suspending her or expelling her. They appear to be more worried that she'll cast an ice spell on herself than that she's doomed all the good witches and warlocks.

The only thing I really know from the query about the two schools is that Shadow successfully trains Emily to use her abilities while she wasn't getting anywhere at Albright and was even less likely to learn anything once the faculty became convinced that she was going to set herself on fire. But she'll probably go back to Albright because they're the good guys for some reason and that's the title of the book.

It sounds like a potentially fun story, but the stakes have to be clear. Picking between the good guy school that wasn't able to teach her much and the bad guy school that helped unlock her potential is not enough.

Frankly, Shadow Institute sounds like a better match for Emily's needs. Why go to an engineering school when you're really a doctor and should be in med school instead?

Does she come to see Albright after graduation, and kick ass nine ways to Sunday? Does she show all those uptight snobs that no, she wasn't going to set herself on fire, no matter how badly they really wished she would?

I'm getting a Prestige High vs Boring High plus magic vibe from this, not life or death.

I agree with the general sentiment here. Whether to go to X College or attend Y College when you were once a loyal student of X is not really a dilemma.

I honestly don't feel the protag is cut out for magic. Perhaps the Culinary Arts Institute is the way to go for her.

Besides, we simply don't need another Harry Potter knockoff. Witch school or wizard school, it's been done to death. If you really feel like you want to get behind this story, it's going to have to be exceptional to be worthy of publishing. If you're doubtful, I'd put it aside for a while and start on something really original.

To be fair, I do think this is an original take on a magic school. I hadn't even thought of Harry Potter until AA mentioned it.

This query sounds mostly good to me. It's just missing the stakes. It's like when I tried to tell a joke but forgot the part that made the punchline funny. Just tell us what the bad guys are up to -- it doesn't matter as much if bad guys are the old school or the new one, as long as we know which side is causing trouble.