Success as a writer can be measured in many ways. Money: You rake in the big bucks. Reviews: You win awards and the critics adore you. History: People still read your books though you died two centuries ago. Popularity: You just gained thousands of followers on social media. Volume: You churn out 5 books a year, and most of them sell to major publishing houses. Fame: You're invited to be on Celebrity Apprentice and Dancing with the Stars.

On this blog we consider any accomplishment a success story, but for this post I decided to check in on the authors whose success consisted of getting their first book published after seeking help from EE and his minions, to see if they went on to further success. Some writers sell one novel and that's it (which is fine - it puts them in company with Harper Lee). But it turns out a lot of authors, after informing us of their first sale, vanish into the world of book tours and deadlines, leaving us in the dark regarding their later successes.

Below are updates on ten authors. None of these authors had had books published before they posted here. Presumably none of them had literary agents. It happened to them. It could happen to you.

The names of the authors are links to their Amazon pages, in case you want to see their other book covers.  I've also provided links to some of their query "Face-Lifts."

Both the query and opening of Tagged, Mara's 1st published YA novel, appeared here. She went on to publish 5 more books for Harlequin Teen.

After her query appeared here, this South African author (now living in Finland) went on to land a NY agent. Besides the three pictured novels, her novel I Heart Robot will be out later this year. The book she queried here apparently hasn't sold . . . yet.

Bewitching Season, 1st book of a YA trilogy, received a starred review in Booklist. Marissa, frequent contributor of continuations and cartoon captions, has two other books out besides the three pictured here. We had the opening of Bewitching Season on the blog, though research suggests we talked her into a different opening.

After the query for The Big Splash, a middle-grade noir detective novel, appears here, the book not only goes on to publication, it garners a glowing NY Times review and a 2009 Edgar Award nomination. The Quick Fix is a sequel, and Sidekicks is a stand-alone superhero novel.

Across the Universe (an Amazon best book of the month) Shades of Earth (Kirkus starred review) and A Million Suns made up a successful YA series. We did the query for Across the Universe under the title A Long Way Home. Beth also has short stories in some impressive anthologies.

We had the query for The Spirit Thief; the book got a starred Booklist review. There are now 5 Eli Monpress books out (Legend of... compiles the 1st three). Rachel's most recent book is Nice Dragons Finish Last and she also has four science fiction books out under the name Rachel Bach.

Besides her urban fantasy demon and ghost series, Stacia has several books out under the name December Quinn.

We had the query for her 1st "Downside Ghosts" book as well as the query for Personal Demons. And she contributed numerous openings and continuations under both names 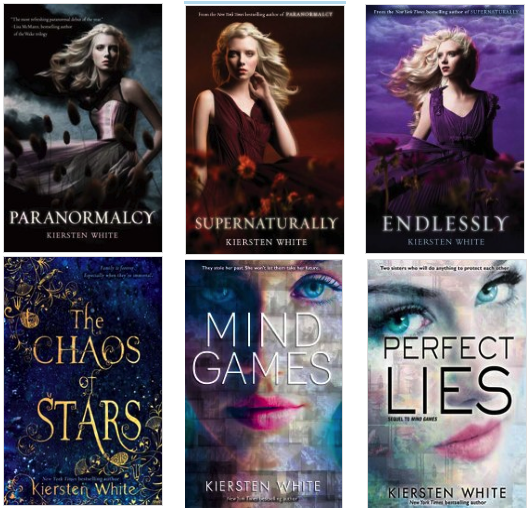 Author of numerous cartoon captions, openings, and writing exercises on this blog, Kiersten credited our help with her query for Flash with helping her land the agent who has sold her many YA novels. Kiersten has a new 3-book series beginning in 2016, which should get her into double figures if she isn't already.

Her last contribution to the Evil Editor blog was this parody of "The Raven" in our annual Write like Poe exercise. It seems to suggest she'll be back, but six years later we're still waiting. 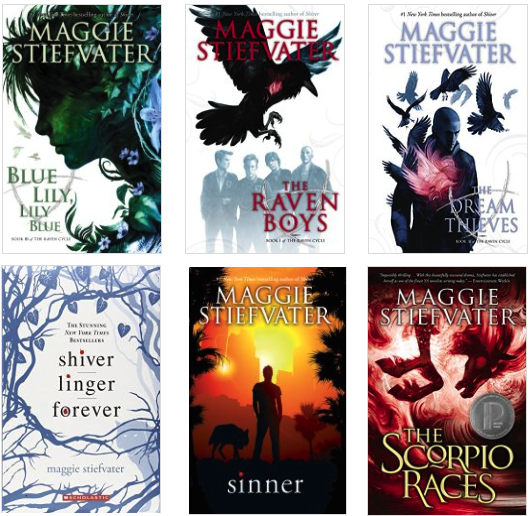 The minions' comments on Maggie's
query for The Horses of Roan, though that book didn't sell, were undoubtedly responsible for her future success as a YA author. The starred reviews her books have received in Publishers Weekly, Booklist, School Library Journal and Kirkus Reviews are way too many to count. A couple of these books were #1 NY Times bestsellers.

A search for her name on the blog turned up no other queries or openings, but did turn up two queries in which other authors declare that their books should appeal to fans of Maggie Stiefvater. You know you've made it when people think dropping your name will help them make it. 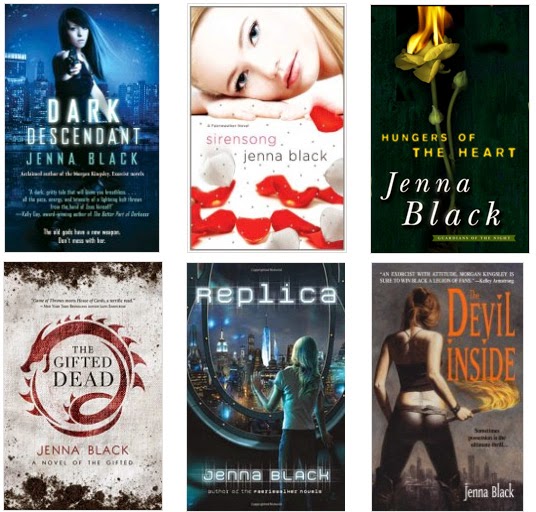 The six pictured books include one each from each of Jenna's series, which add up to 20 books in urban fantasy, YA fantasy,  YA science fiction, and paranormal romance. She also has a new horror series coming, with the 1st book scheduled for a 2016 release.

Thank you for this!

Congratulations to all of them.