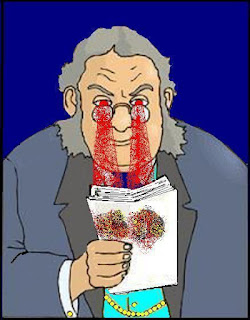 1. Declan Vokes must endure explosive geysers, frenzied rapids, dizzying heights, and crossbow-armed beasts to save modern-day humanity from being enslaved by ancient Egyptian gods. Preferably before his 13th birthday.

2. When a warp in the fabric of time sends Conover Lutz back to ancient Greece, he discovers that not only were the Greek gods real, but they were narcissistic, sadistic monsters. And they don't appreciate the new guy's 21st-century wardrobe.

3. Meli is scheduled to be sacrificed to the monstrous gods her people worship, so she appeals to a higher authority--the gods of the gods, so to speak. Unfortunately, those gods are also of a monstrous sort. The gods of those gods, on the other hand, might be ok, or maybe their gods.....

4. A brief look at the myths and legends surrounding the more unusual deities humanity has worshiped. Includes maps, ancient art, the most up-to-date archeological findings, and a brochure for exploratory expeditions in some very unusual destinations . . . including hell.

5. We tend to think of "gods" as benevolent caretakers of humanity, but if you've ever read mythology or the Old Testament, you know that Zeus, Allah, God, Odin, etc, were pretty much all bastards. This book blows the lid off the whole worshiping scam.

6. Just as humans have worshiped gods through the centuries, so do werewolves, vampires, Krakens, Godzilla, and other monsters have their own deity. They call him Jymm, and trust me, you don't mess around with Jymm.

When his class visits a national forest, twelve-year-old Declan Vokes expects to see a bunch of dumb, boring moose. But this forest has a secret link to ancient Egypt -- a link that puts Declan in the path of mythology’s most sinister monsters. Forget the yawns. Cue the screams.

An attack launched by Ra, the falcon-headed god, sends Declan escaping into the wilderness. [How does he know it's Ra? It could be Horus, who is also an Egyptian falcon-headed god. As I understand it, the only difference between them is that the  "eye of Ra" is his right eye, while the "eye of Horus" is his left eye. But I doubt Declan would have known this.] [BTW, at times the two deities were merged as Ra-Horakhty. Just as the Romans combined Horus and Uranus into Horse's- Anus.] Stranded, he finds himself dodging swarms of mythical Egyptian beasts, from a deadly Sphinx to the jackal-like Anubis. [A list made from the members of "swarms" should have more than two items. I recommend adding Heset, the goddess depicted as a cow with a tray of food on her horns, and Sepa, who appeared as a centipede with the head of a donkey.] While struggling to survive, Declan uncovers the truth behind the myths. These so-called “gods” are actually freaks of nature. They’ve spent the passing centuries hidden beneath the forest, suspended in hibernation. [A 12-year old kid, while dodging swarms of mythical beasts in a forest, finds time to uncover all this information that no one else has ever been able to uncover? Did he go through a time portal to the Great Library of Alexandria?] But the time to reclaim the world has come. With Ra leading them, the monster-gods set out to reach the largest mountain in the forest, a mountain that houses ancient technology. There, they’ll have the means to enslave humanity once again. [When I think of ancient technology, I think of the compass, the magnifying glass, the catapult, the crossbow. If these monster gods plan to enslave us with those, I'm shaking in my boots.]

Declan must reach the mountain before the creatures. Only then can he use that same technology to destroy them. [Wait, it's up to Declan to save us all? This technology isn't just sitting there on the mountain, it must be inside an impenetrable fortress invisible to humans. Declan has no chance of finding it. He needs to use his cell phone to contact his mom and tell her he's lost and to send the US military to rescue him.] But first, he’ll need to brave explosive geysers, frenzied rapids, dizzying heights, and crossbow-armed beasts. All of a sudden, those dumb, boring moose don’t sound half-bad. [Obviously this kid's never heard of Bullwinkle if he thinks moose are boring.]

MONSTER-GODS is a Middle Grade adventure, complete at 50,000 words. It blends the mythological focus of the Rick Riordan Presents series with the action of Laura Martin’s Edge of Extinction. I have my Honors Degree in English Language and Literature. Thank you for your time and consideration.

There's a reason Frodo recruited Aragorn, Legolas, Gimli and Gandalf for his quest. He was a Hobbit. Pretty much worthless in a fight. The leader on Mission Impossible would choose a team of people, each with their own skill. Even Dorothy had an armored man and a lion backing her up. If Declan has skills we don't know about, tell us. If he has a crew of experts following his lead, say so. So we'll think he has at least a one in a million chance of succeeding.

Did it ever occur to these freaks of nature that enslaving a world of seven billion people who have bombs and aircraft would be more difficult than enslaving a few thousand people who are still fighting with sticks and stones?

Also, why did these Egyptians do their hibernating in North America? Mount Kilimanjaro would've made more sense. And why didn't they hibernate in the same place where they stored their ancient technology, so they'd have it when they woke up, and wouldn't have to race some sixth-grade kid to get to it?

I'm sure my comments are addressed in the book, but try to at least convince us in the query that one child with ancient technology can defeat monster gods capable of enslaving the planet.