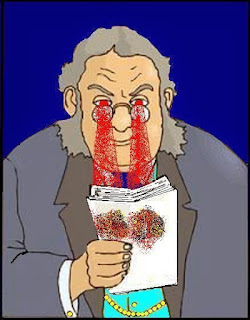 Emily's Guide to Owning a Castle

1. Clean the dungeon once a century. Dust and polish armor daily. Feed the servants well. And above all, never feed the moat monsters before a big battle.

2. Don't build too near the waves on the beach. Don't let your pesky brother design the moat. Don't use all your prettiest shells. Make sure to get a picture, because you can't take it home after vacation.

4. Emily Perkin is ecstatic to learn she's inherited an English castle. Then she learns the pile of rubble is in the middle of a war between hunky government official Nate Burnstead who condemned it and gorgeous Harry Stone of Society for the Protection of Ancient Buildings, who has the hots for Nate.

5. Emily Lathinger might have passed away 437 years ago, and even her ghost is dementing, but there is no way she is going to let go of her castle. Not after all the lying, bloodshed, fornication and brown nosing she went through to inherit.

6. When Emily discovers a boy trapped in a well in the castle she just inherited, she considers him a pest--until he offers to cure her best friend of a life-threatening genetic disorder if Emily helps him. It sounds too good to be true. What's the catch?

7. My niece Emily tells adults how to adult [meme talk for being responsible owners] with castles - typical. [winky face, hearts]

8. A handy guide to any ghosts that have inhabited a place for a thousand years only to have some rich Amerians come in and try to renovate it for profit. Emily's own story of fighting and winning will be a source of hope and inspiration for ghosts everywhere!

[Boy: Help!! Help!! I'm trapped in the well! Get me outta here! Lower a rope! Call your father!

That is, until the boy promises to magically grant Emily’s wish to cure her best friend’s life-threatening genetic disorder. All Emily has to do is find a particular gold coin as payment.

[Boy: I'll cure your best friend of her life-threatening genetic disorder if you'll rescue me from this well.

Boy: Not so fast. I have other demands.]

Emily’s Guide to Owning a Castle is a middle-grade light fantasy novel that will appeal to fans of Ophelia and the Marvelous Boy and Fablehaven. It is a complete stand-alone at approximately 63,000 words, but also has series potential. [Is this novel written in the form of a guide? If people see the title and assume the book is a nonfiction guide rather than a novel, they might not even give it a look.]

Is Emily's best friend in England or in wherever she just moved from?

How does the kid in the well know about Emily's friend's genetic disorder?

Assuming the kid in the well is a magician from King Arthur's time and a magic spell turned him into a boy and is keeping him in the well and preventing him from doing any magic until a specific coin is found, seems like he'd have managed to talk someone else into helping him over the past thousand years. I guess no one else has been able to find the coin, and lowering a ladder or a rope hasn't worked for magical reasons, and whenever the castle owner tries to get the villagers to help free the boy, they show up and there's no boy and possibly no well, which makes the castle owner look like an idiot, so for centuries there's been an unwritten rule passed down to owners of this castle to ignore the kid in the well? How'm I doing?

The query isn't bad, although it's hard to buy anyone discovering a boy trapped in a well and recruiting her friends to hunt for a thousand-year-old coin while the boy remains in the well. Does even one of her friends suggest organizing a massive rescue operation to save the boy in the well, instead of looking for the coin?

How does Emily recruit her friends? "I know how we can cure Ellie of her Gaucher's Disease. First we'll need a magic coin that's been missing a thousand years."? Or does she tell them about the boy in the well?

Personally, whenever I hear about a kids' book that involves a magical cure for a real disability, I get so upset I chuck someone into a well. But then I feel bad about it and want to get them out of the well again, since insensitivity doesn't really merit such a harsh penalty.

Of course, for all I know this story contains an unusual twist in that the genetic syndrome is not magically cured, in which case I'm glad I haven't really chucked anyone into a well.

Now why isn't Emily trying to get this boy out of the well? Or is it a comfortably furnished well? And if he has the power to cure incurable diseases, why can't he use his magic to get the gold coin for himself?

I would assume, to answer anon's last question, that the boy (who is possibly Merlin) has no magical powers unless he can get hold of the coin.

It does seem like if the boy can grant wishes, it would be better to wish no one had this genetic disorder than to just wish one person didn't have it. And if it's a real genetic disorder, you wouldn't want your kid who has it reading a book in which magic can cure it. In other words, maybe the boy in the well should just offer to grant one wish, rather than being so specific about it. Kids these days are unlikely to buy anyone's claim that they can magically grant wishes anyway. I mean, if I rubbed a lamp and a genie appeared before me, I'd probably play along, but if a kid in a well claimed he could grant wishes, I'd be more than skeptical. Of course if the kid said he could make me ace my math test, it might be worth gambling that he had such power.

First of all, I wanted to say a million thank yous for the feedback, Evil Editor.

Secondly, I wanted to say that (spoiler), Emily absolutely does not cure her friend who has has cystic fibrosis and is awaiting a lung transplant. I hope that the book itself deals with the topic in a sensitive way, but I struggled with how to bring up issues of disability and diversity in the query without sounding like, "Hey, this book is diverse!" Clearly, I need to work on that. Are there any good examples of queries that do that well?

Lastly, I think my word choice of "boy" definitely needs to be fixed. In the book it's clear that the "boy" trapped in the well is really some sort of spirit. (More spoilers. Yes, he's really Merlin...you're too astute, EE). He's not corporeal and therefore just opening the well wouldn't really "free" him. Emily never tells her friends about the spirit/boy. In fact, they recruit her to join into a secret tournament which the spirit has told her will lead to the coin.

Thanks again! I welcome any more feedback/critiques/reactions.

"it may be too late to save her castle, her family, or her friends."

I'm getting a disconnect here. You haven't mentioned any threat to the castle, her family, or her friends, other than the one friend with the genetic disorder. The way the sentence is phrased, it sounds like discovering the boy's identity and/or his and Emily's combined fates is what dooms everyone, which also doesn't make any sense.

If his identity/intentions/their combined fates is part of the stakes of the book, it would be better for you to explicitly state what's at risk and what Emily plans on doing about it.

It looks like you're concealing too much-- calling Merlin a boy and cystic fibrosis a genetic disorder. Be specific.

Focus on the character and the obstacle she faces, and what she does to overcome it. It's not clear to us right now what that obstacle is. Is it a threat to her family and her castle (if so, what's the threat?) or is it coping with her feelings about her friend's cystic fibrosis?

With regard to bringing diversity up in a query, it depends on whether it's a major plot point. If this story is mainly about how Emily copes with her friend's illness, then it belongs in the query. If that's a side plot and not a major part of the story, leave it out.

I can't recall any queries off-hand that involve genetic disorders, unless you consider super powers genetic disorders, in which case there are probably a hundred of them on this site. If you want just good queries, that would narrow the field significantly.

I'd agree with AlaskaRavenclaw's suggestion about handling diversity in the query. My novel has an ethnically diverse cast, but that isn't a major element of the story, so I found that saying anything about it came off really awkward (and, if it's not relevant to the story, it's pointless to mention it anyway). I doubt an agent who would otherwise reject a query would ask for more based on "and my story has a diverse cast". My guess is that they want either diversity as a bonus to an otherwise great story or diversity as a major element/hook of the story. If it's the second, mention it; if it's the first, don't force it. I might guess that an exception to this would be if a particular agent has specifically said that he/she is looking for stories dealing with (for example) children with illnesses/disorders, in which case I might mention that in the "why I'm querying you" part of the query.

The book's title promises a fun romp, perhaps with mischivious children/ghosts/ghost children in a large, rambling stone pile. Instead we get boy Merlin and genetic diseases. I think a new title is definitely in order here.

As I was reading the query I thought "this sounds a lot like Ophelia and the Marvelous Boy". So it's good to see you've got a comp there. Can't speak for Fablehaven as I haven't read it.

Since there's not a lot of room for explanations, you might want to focus on what specifically happens in the course of finding the coin and freeing the boy (does the spirit of Merlin really count as a boy? not sure) rather than mention Emily's friend's disease. Mainly to avoid reactions like the anon's above, but also to avoid going down the rabbit hole of explanations. The disabilityinkidlit blog has some things to say about a disabled character existing to motivate an able-bodied character, too. Which can be addressed in the book, but not in the ~250 words a query has.

This story concept sounds very interesting. My curiosity is piqued. However, I couldn't help but think of Timmy O'Tool from the Simpsons. Oh we're sending our coin down a well-alllll the wayyyy downnnnn!!! Still, very interesting ideas. I am very upset with EE, however, for making me snort hot coffee out my nose with this gem:

[Boy: Help!! Help!! I'm trapped in the well! Get me outta here! Lower a rope! Call your father!