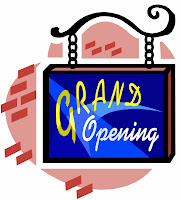 Continuations of the openings below should have an amusing and unexpected twist. Submit as a comment.

Openings should be the first 150 - 200 words of something you've written. Submit to evledtr@gmail.com.

It was pizza day and there was an uproar in the Cafeteria because the only topping available was pineapple and anchovy. The trainees declared it a tragedy––pizza was the only thing they had to look forward to––while the more experienced caseworkers picked flecks of fish and soggy fruit off their slices and silently cursed the kitchen staff. Amelia Morgenthal alone was unmoved; she’d never really understood the appeal of pizza.

She sped past the Cafeteria and through the halls, hiding her face in a file. She didn’t think she could bear one more unnecessary question or inane comment, yet she’d have to, since she still had eight more practice sessions to lead today and in decades of doing this job she knew that trainees were never prepared for their first assignment.

Amelia darted into the relative safely to her cubicle. High-stepping over boxes, she angled herself around the desk, knocking a few loose files onto the floor. She bent to retrieve them and something caught her eye. There was a present on the seat of her armchair, wrapped with smudged printer paper and tied with an incongruous purple ribbon. It was obviously from Tad. Amelia rolled her eyes.

When will he learn that this crap doesn’t work on me?

She wanted to toss it straight into the wastebasket, but Tad was her boss and Amelia knew he’d come fishing for a thank you later. The package was heavier than expected. She tugged the ribbon and the paper fell away, revealing a snowglobe. Iridescent flakes settled around a grey plastic mountain; at its peak was a little man, raising his arms in victory. Painted along the bottom in a bright yellow script were the words, ‘You can do it!’

Amelia frowned. Why had Tad given her this thing?